Ok, then.  Let’s roleplay.  I’m a music lover who has just heard an insanely addictive track from a band called ‘Skyscraper’.  It doesn’t matter where I heard; it could have been a live performance, or on someone’s facebook wall… but I’ve heard them and I like them.

OK, so if you answered ‘Google’ (or to be politically correct ‘search engine’ ),  you can give yourself a gold star!  You can also give yourself additional bonus points if your first answer was ‘find them on Youtube’.

In all seriousness now, unless you’ve been living under a rock for the past 3-5 years, you would have noticed that searchability, or as we like to call it ‘googleability’ plays a massive role in your fan retention.  Youtube, also as a standalone platform is by miles the Internet’s primary source of accessing ‘free’ music (in spite of being a video channel).  So what does this mean?  This means that people expect to find you easily when they search for you using either of these two platforms.

Now, going back to our scenario, what do you think happened when I searched for this awesome band called Skyscraper.  Here’s a clue:

Guess what I did next.  I gave up, like most fans do.  Oh well, I’ll probably hear them again… some day. 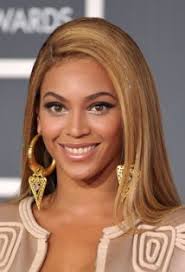 Was Beyonce even a real name before the Knowles coined it? Who cares, it's ultra-googleable... that Matthew Knowles must be able to see the future!

Having a searchable name is very important.  It always has been, and always will be.  You are never going to compete for the top spot in either Google or Youtube if your artist/band name is common generic term, like ‘ice’.  There will just be too much competition forcing you out. So if you’re at the position where you’re still deciding on your stage name, try to avoid commonly occurring single words.  Do you think ‘Tyler the Creator’ or ‘Lady Gaga’ have ever had this problem?

Sometimes (as we’ve found is often the case), an act has settled in on a name that is just too generic for them to get any luck on search engines of any kind, but are also too committed for a complete name replacement.  In cases like this, we recommend name modification.  Consider ‘Starboy Nathan’ who revealed (in an exclusive interview with AJ King on UbandTV) that his name change (from ‘Nathan’) was due to the fact that he was getting muscled out of google by ‘random dentists’!

Or UK underground legend Shaun White, who revealed in a recent conversation that he has a long standing duel with an American Snowboarder baring the same name! Or the increasingly popular ‘L Marshall’, who revealed in an interview with our very own Marcus Bronzy, that his name change (from ‘L’) was… well, I’m guessing you can figure out how much luck he had with THAT name!   In both of these cases, the artists were both established stars in their own right, but still needed to adapt to improve searchability.  Simply adding a word before or after their name made ALL the difference!  Looking back at our example, if ‘Skyscraper’ (who by the way are imaginary – and please don’t sue me if that is your band name), changed their name to ‘The Skyscraper’ or ‘Skyskraper’ (note the DELIBERATE misspelling) this would probably massively improve their searchability.

Earlier this month, the massively popular AL came into the UBand HQ with a similar dilemma – she didn’t rank for ANYTHING.  We helped her to implement a similar name modification, so she’s now known as ‘Aleisha Lee’. The result on Youtube was complete domination of the first page of search results, try it if you don’t believe me!

In conclusion, it’s very difficult to find a name that’s wholly unique, but if you want to give yourself a chance in the independent market, you don’t want to be constantly losing potential fans due to not being searchable.

No comments yet. You should be kind and add one!

The comments are closed.