The Beauty of the ‘Freebie’

The Beauty of the ‘Freebie’

Let’s face it, the idea of ‘giving’ away your music has never been a popular one amongst, well, musicians!  And why not, you spend hours (not to mention £) slaving away in the studio, recording, mixing, mastering, listening back, then recording, mixing and mastering all over again, just to get the track to the level where it meets your expectations.  Let’s not discount the production, if you’re not self produced, this will either be paid for, or someone will be sacrificing time and personal creativity in the hope that at some point they will be remunerated (paid up!) for their efforts.  So it’s not only right, but it’s expected that after completing the masterpiece, you’re going to stick the track on iTunes, register for your PRS/MCPS, sit back and reap the financial rewards for all of your creative hard work.

The problem is, without an already established ‘name’ or the backing of a major label/publisher, you’re going to find it incredibly difficult to get any kind of meaningful numbers to your paid downloads.  Sure, you make music, and if it’s good music you deserved to be paid.  BUT, how much are you prepared to give away for free to help you to build a following that will eventually translate into revenue.

It often takes a lot more than one killer track for someone to buy into an artist and make that decision to ‘follow’ them as a loyal fan.  Music consumers want to be able to go to your website/soundcloud/reverbnation/youtube etc. and have access to listen to more of what you’re offering as an artist.  They’ve become used to this, spoiled by all the choice and access that the Internet has provided us with.  If all that you offer is paid downloads and 30 second samples, you’re probably not doing yourself any favours in terms of building up your fanbase.

Rappers in many ways have been popular music’s most successful entrepreneurs, and here in the UK they certainly represent the fastest growing musical genre. This is because many rappers have utilised the beauty of ‘free’ness, by releasing free mixtapes to attract new followers and listeners to download (and hopefully get hooked) on what they have to offer.  Some rappers have built huge fan bases by just releasing mixtapes, and it’s great to see this methodology now rubbing off on other genres. 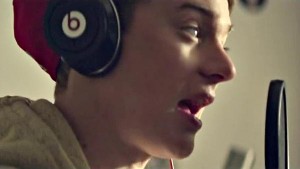 MTV’s brand new for 2012 winner, Conor Maynard, is a great example of ‘the beauty of free’.  The very talented UK singer (touted as Brit’s Beiber) built up a substantial Youtube following by just singing covers in front of his webcam, and now seems to be destined for worldwide stardom.  Imagine if he had just done one cover, got a few 10,000’s worth of youtube hits, then decided.  ‘Hey’ I’ve got a little buzz now, time to start making people pay to hear me.  Yeah, he would have generated a little bit of short term income, but nothing like the popularity ‘Can’t Say No’ received when he did release it on iTunes.  His current fanbase (May-niacs) will pretty much pay anything for his album when it is released, and they now number in the 100’s of thousands!  Pay day didn’t come too soon for Conor! 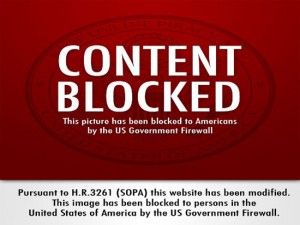 The major labels have been battling piracy en masse for some time now, with major western governments (mainly US) heavily chipping in resources and changing laws to ‘crack down’ on piracy. In our opinion, it’s a battle they’re destined to lose.  People want to be able to listen to music for free, and a majority of people that do go for paid downloads don’t do it out a moral obligation to the artist, but rather because it’s more convenient to have the track go straight from iTunes into their playlist that it is for them to manually .mp3 the track and jump through hoops to get the track onto their music device(s).  This also explains the huge growth in music streaming platforms like Spotify that are relying on advertising revenues to pay artists/labels for making their music available.

So, in our opinion, rather than alienate yourself from reaching potential fans through short-sighted profiteering, try to embrace the idea that consumers expect to hear a good deal of your music at no cost, before they make the decision to invest in you.  Give a little away for free now to earn a huge deal more in the future.

The comments are closed.